May 1917 the engine has been approved for use. 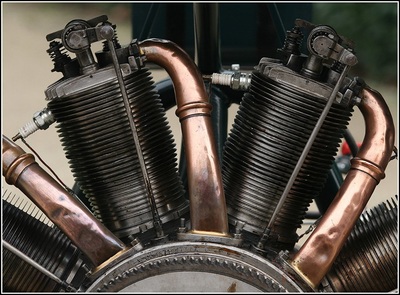 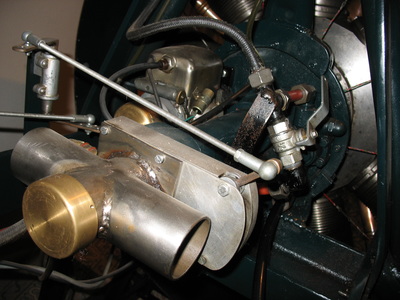 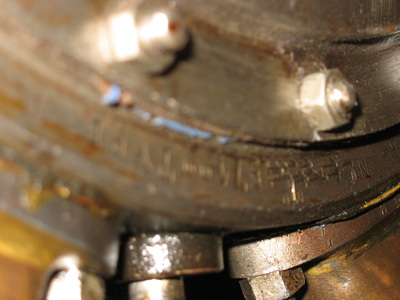 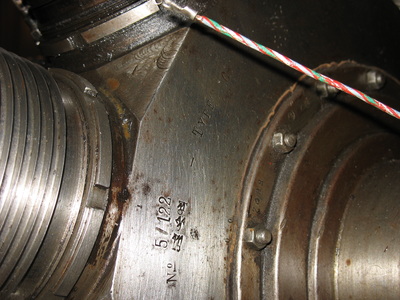 The donated engine was to serve as teaching aid for lessons in mechanical engineering and Technical drawing.
It would seem that the VTI school Ypres, is the last school to have a complete working engine. 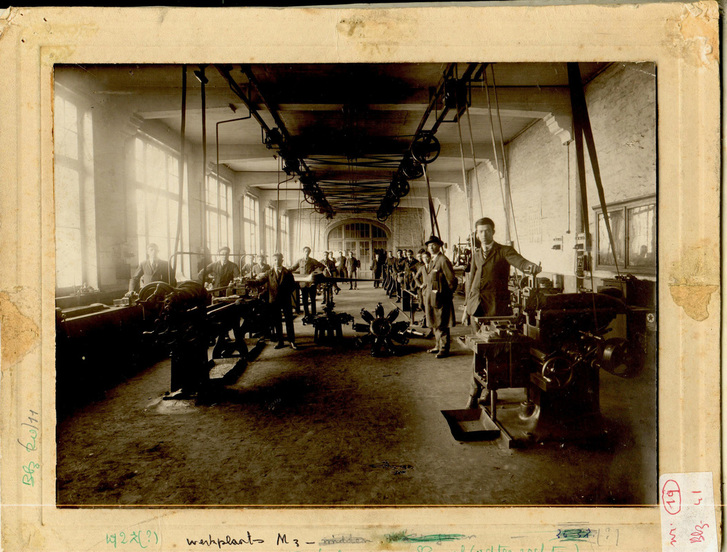 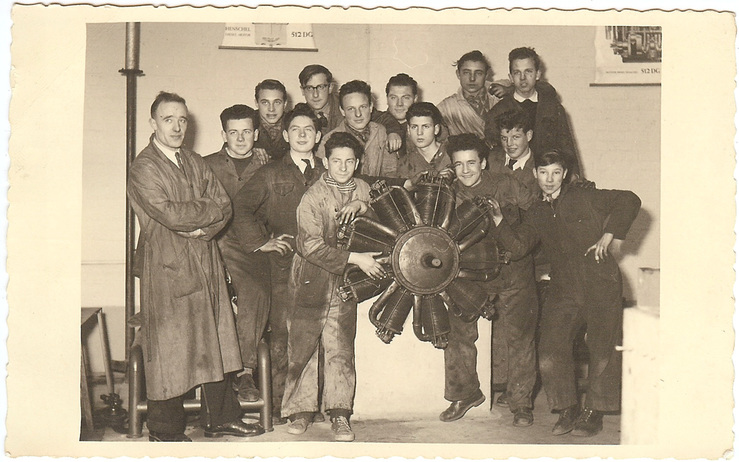 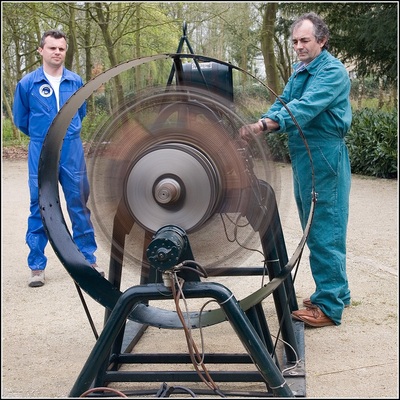 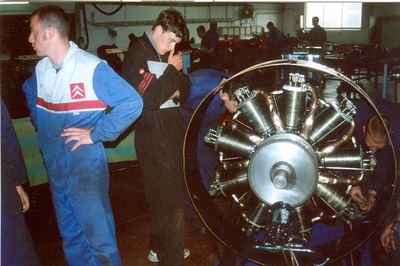 After mutch travelling, the engine is back at the VTI school Ypres.
The 6th vocationel garage complete the necessery restoration of the engine.

2006 - 2007: The start time of the replica building.
For further information on the building of the plane, please go to  "The  propellor "or  "The wings and fuselage" section 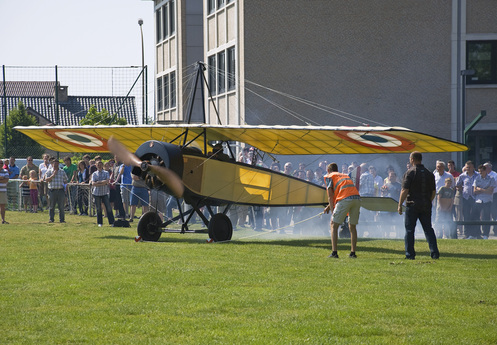